In the very early hours of the New Year, we boarded a Thomas Cook flight from Helsinki to Banjul for our third visit to the Gambia, the smallest country in mainland Africa. This time we had booked our tickets as part of a group from the “Gambian Loviisa-koulu” school project and were going to attend the first graduation celebration of the school. As we’ve been to Gambia before, taken bird watching trips on the river, stayed in river camps and done several road trips around the country and to Senegal, this time we were going to take it easy. So this blog post focuses on highlights of this trip rather than go into travel details about the Gambia. We’ll post more about our other Gambian adventures later.

Louise started this trip on the Saturday with a visit to the Future Starts Now Gambia (FSNG) school in Serekunda. Antero had been before in 2013 and decided to pass on being carried up the steep steps to the classrooms. This tuition free vocational school was started by Jaana Kapari-Jatta and Samsideen Jatta in 2012 and operates as a charity run by the Gambian Loviisa-koulun kannatusyhdistys ry organisation in Finland. Louise facilitated the donation of computers from Metropolia University of Applied Sciences to help kick start the school. She’s even given a class there a few years ago. As always, it’s great to see the results of your donations and support in person and interact with the staff and students. More on this later.

Although it was cloudy, we spent Saturday afternoon further south down the coast at the quieter Paradise Beach, Sanyang. The Rainbow Lodge staff remembered us from previous years, as did the juice sellers on the beach. We had another great fish lunch followed by a lazy afternoon sleep. It was interesting to see developments after a few years and how other beach restaurants have sprung up there. The juice sellers gave us our first insights into how tough the 2014-2015 “season” had been for Gambia due to the Ebola scare although Gambia had been Ebola free. Many of those who rely on tourists for a living had struggled the whole year. They were all relieved the tourists were back.

Sunday by the river 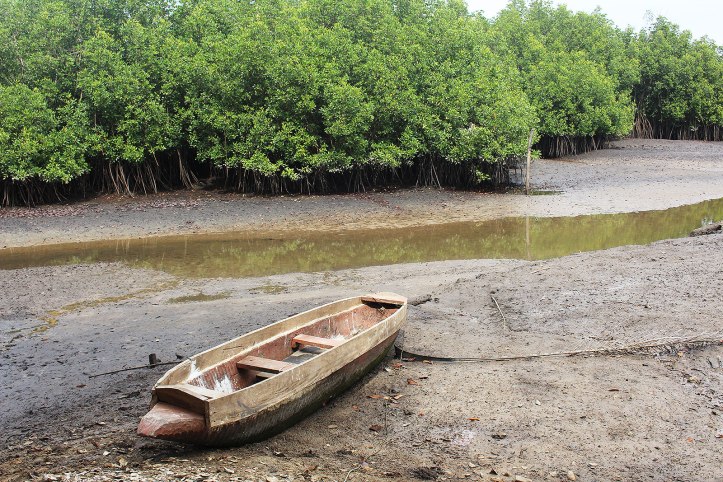 On Sunday we visited a new river lodge, AbCa’s Creek Lodge, a perfect place for a quiet, relaxing getaway and for a lazy Sunday afternoon. After a freshly cooked chicken yassa dinner, we tried the beds and hammocks. The tide was out when we arrived so no chance of a boat trip but it was fun watching for signs of wildlife among the mangrove roots and on the muddy river bottom. As the water gradually crept in, all we could hear were sounds of the river, shrill bird calls and humming insects. We left before the tide was high enough for Louise to have a swim in the river so we may have to go back again and stay overnight.

Graduation day for FSNG at the Joint Officers Mess in Kotu

Tuesday was the prime reason for this year’s holiday in the Gambia, graduation day for Future Starts Now Gambia at the Joint Officers Mess in Kotu. 150 students were going to receive their Advanced Diploma after completing courses in IT, English and Gambian studies. Louise wore her African dress which she had had made in Gambia before. As we were coming by taxi from a different hotel to the rest of the group, we were the first of the Finnish contingent to arrive. We were welcomed warmly and shown to our seats on the top table. This was not a “high table” as would have been usual because Jaana had insisted with the organisers that Finland is a very equal country and being perched up high over the graduates and their guests would not have seemed normal for us. We found ourselves seated on beautifully decorated chairs facing the graduates, alongside the guests and speakers of honour. The detailed programme on the table before us looked very long and tight with only a few minutes allocated to the speakers. Louise, based on her experience of Tanzanian celebrations, just whispered that this was never going to happen according to plan and how right she was. Although the actual ceremony lasted several hours, and some of the speeches were tricky to catch with a faulty PR system, it was a fantastic moving experience and a day to remember. Louise got to award prizes to top students in English and to the valedictorian and best student. The graduates all wore their best and looked fabulous as did their guests; a blaze of African colours under the bright blue sky.

The Permanent Secretary Ministry of Tourism and Culture gave a speech highlighting how tourism has resulted in friendship and harmony and ultimately in aid in the form of such projects. He urged graduates to make a contribution to their society. The importance of education was stressed in all the speeches. The pictures speak for themselves. Louise will link to other articles/posts on this later. All in all a truly wonderful day with a real Gambian feel.

Although the Gambia is not the most usual destination for wheelchair travellers, we have always had a great time there. If you travel to a destination with an open mind and are receptive to the people you meet, you will always get help. This is very true of the Gambia where the people are known for their big heart. From hotel staff to taxi drivers, restaurant waiters to guys in the street, there is always someone on hand to push or lift. You often have to indulge your helper in the usual tourist banter, answer the same questions repeatedly and enjoy their company for a while but everyone is good natured, smiling and friendly.

When we booked the trip we decided to stay where most of the group were staying at the Bijilo Beach Hotel. This was a new hotel for us and looked fine on the photos on the internet. As we’d heard about the steep hill down to the beach and restaurant we came prepared with power wheels. We also counted on the fact that in Gambia you are never short of someone giving a helping hand and a push up the hill. We had been promised an accessible room but when the Destination Manager for Thomas Cook Northern Europe checked the hotel before our arrival, she found it had already been given away. She did her best to find us another suitable room which was spacious but the bathroom and toilet were inaccessible. After 2 days we changed hotel and stayed at the recently renovated, rather funky Djembe Beach Resort in Kololi. Although the Djembe lacked the authentic African feel of the Bijilo, the room and bathroom worked well for a wheelchair. The manager of the Bijilo Beach was very apologetic, promised that by next season he’d have 3 specially refurbished accessible rooms and hosted us for dinner on the last evening of our stay.

There are no pavements in Gambia and the roadsides are often rugged and soft sand. The roads are busy and dusty. Wheeling by the roadside is neither easy nor pleasant, so we usually wind up taking a taxi everywhere. Drivers are eager for business and want to wait for you while you have dinner. They help lifting the wheelchair into the boot but usually require some assistance on how to do this. People want to help but don’t know how to correctly lift someone in a wheelchair. It’s best if you are with someone who understands these issues.

The Djembe Beach Resort had a wooden board walk at the back of the beach which made it easy to get to one of their large sun beds. The beach attendants were always ready to offer assistance. The grounds of the hotel were easy to wheel around as everything was on one level so in this respect it was one of the easiest hotels we have stayed at in the Gambia. Unfortunately we didn’t take any pictures of the room or bathroom. One thing to consider if you are travelling with a friend is that there was no door on the bathroom – it was all open plan! Although you could not see into the bathroom from the bedroom, even in the reflection in the mirror, you can hear all that is going on! As the hotel has only recently reopened, we are sure they will be receiving feedback on a few things that could be better adapted.

The hotel this season is full of mostly Dutch and Brits. As we were the only “Finns”, we were able to resort on occasion to using Finnish together. This is always useful – allowing us to gossip, negotiate or criticise together in secret. It often confuses people who hear us speaking English then in the very next breath changing to another language which they cannot work out. 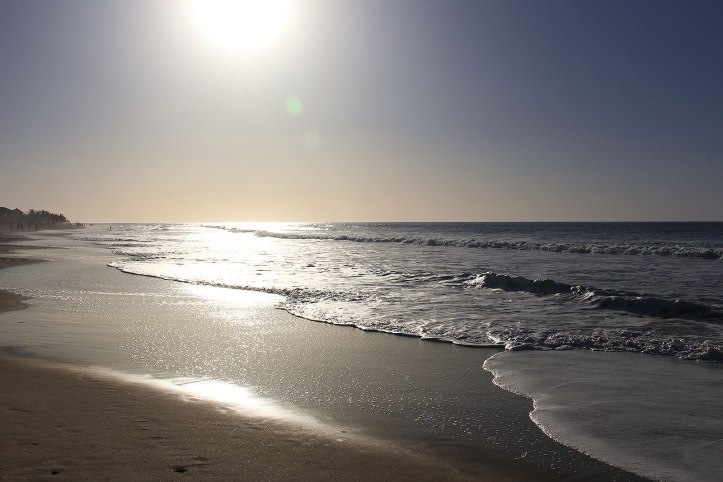 Another great week in the Gambia. In 2013 we spent 2 weeks there which was much better as we had time to stay at a river camp and see more. 1 week is not enough, especially when you lose half a day at the start and end for travelling. Because we had been before and the first 3 days of our holiday were cloudy, we did not take as many photos as usual. Still, the photo gallery gives some impressions of our trip.

But we have that feeling that we will be going back to the smiling coast. We are committed to FSNG and we still have places yet to visit.

We really rolled into 2016 in fine, holiday mood.

Rolling down the river: bird watching trip on the river Gambia 2013

Tourism, aid and voyeurism: Louise is keen to discuss her perspective on travelling to Africa as a tourist since she lived and worked in Tanzania for 3 years.